They do not regret it; father and son Nijstad believed it was a wise move to position themselves as the future milk producers in the Netherlands.

"The crossbreds produce more milk than we expected"

Five years ago, they took a chance and changed to organic, and now, they are making another advancement in the herd by introducing Norwegian Red and crossbreeding. They are confident this further step will be helpful to better position themselves in the future outlook of the Dutch dairy industry.

Two farms merged into one, with two generations running it. We were in Drentie in the Netherlands, at the farm of father, Henk Nijstad and his son Rick. The son, Rick, is in charge, while the father is actively involved in the farm operation.

In a normal year, they take 5–6 grass cuts, except on the 60 acres of the 1,060 acres they own, which are defined as "natural land". There, they are not allowed to spread manure and can only take three cuts.

Last year it started raining just as they were about to start the first cut. The rain did not stop, and it delayed mowing for three weeks and resulted in poor-quality grass. At the farm, they fed the cows only with grass (fresh or ensiled and grass pellets) and concentrates. Rick says that even though organic concentrate is expensive, it doesn’t make sense to try to grow your own grain. The reason is that the sandy soil is exposed to drought and eco-rules for plant protection are strictly making the process challenging.

Holstein did not fit their system

Previously and historically, the cows at the farm were pure Holstein, but the father and son had agreed that this was no longer sustainable. Holstein cows were getting too vulnerable and increasingly required more work and time, so the duo decided that they needed and wanted a different cow. They started crossbreeding with Fleckvieh but they were not too pleased with the type of animal they got. They were convinced about the benefit of crossbreeding but needed to have a robust cow keeping at the same time a good "milk type" animal and Fleckevieh was introducing too many beef traits into the herd.

They now want to run a three-way crossing system with Holstein, Norwegian Red, and Brown Swiss as they believe this is the right combination of genetics for their system and needs. The strategy fits well with their plans to join the Wagenening University trial where Norwegian Red/Holstein crossbreds and pure Holstein are compared, and they now have the first seven Norwegian Red crossbred daughters in production.

While it is still too early for Henk and Rick to make conclusions on their crossbreeding result, their experiences so far, however, have been incredibly positive.

"The crossbreds are a bit less uniform on conformation than Holstein, but they produce more milk than we expected," says Rick. – The results from the trial will tell how the crossbreds contribute to traits such as production, solids Percentage, fertility, udders, and hoof health, but the impression is that the crossbreds have a stronger general structure than Holsteins herd mates.

Henk adds that so far, the fertility of Norwegian Red daughters is better than Holsteins and that they keep better body condition and stay in a better energy balance after calving. He believes Holstein loses more condition after calving on a feed system with only grass and concentrates.

Rick believes that the production today has a sufficient phosphate quota. If they want to increase milk production, they must cut down on having young animals. Rick, on the other hand, is skeptical about this, because he wants to follow how the young animals develop.

Henk and Rick have not regretted switching to organic and more extensive farming. The first year was challenging since they only received a conventional price for milk while production costs were higher than conventional production. Rick believes that extensive operations that are more in balance with nature are the future of the Netherlands and believes they made the right strategic choice when they changed.

"There will be a time when the farmers will receive the appreciation they deserve, and not only seen as polluters" says Henk optimistically. 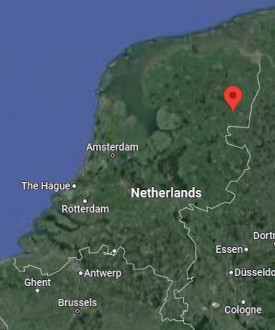