The oldest individual cattle are now in their 3rd lactation. (First calf was born in February 2010.) Most of the traceable animals are in Inner Mongolia (north China) and Shanghai (of subtropical monsoon climate). The results over time show remarkable advantages of NRF gene regarding fertility, health and longevity, while milk yield is about the same.

The Conception rate is as follows: 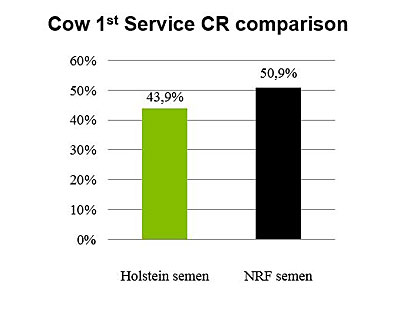 After 9 months, our trial farms again were very happy. The comments on the calving and F1 calves were: 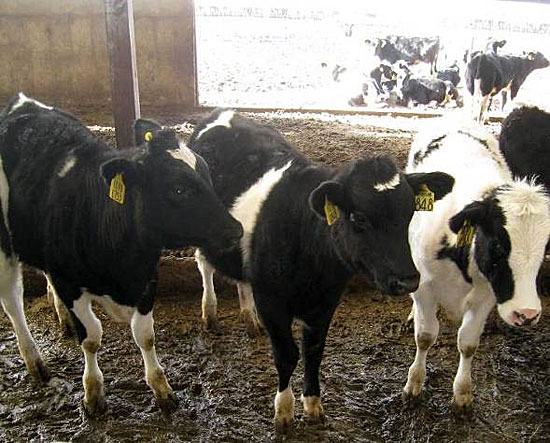 The calves are close to people and good tempered.

In 2011, crossbred heifers were inseminated. The 1st service conception rate in Inner Mongolia was 20% higher than their purebred Holstein herdmates. This result includes data from 36 1st service F1s and 487 purebred Holsteins. In Shanghai the statistics was about pregnancy rate, which means after a period of insemination, how much percentage of the heifers was pregnant. There are 51 heifers in either trial or control group. The results were:

In 2012, these heifers were in their 1st lactation. 36 F1s and 520 purebred Holsteins were between 90-230 days after first calving. 23 and 254 respectively were known to be pregnant, and the comparison shows the same pattern: 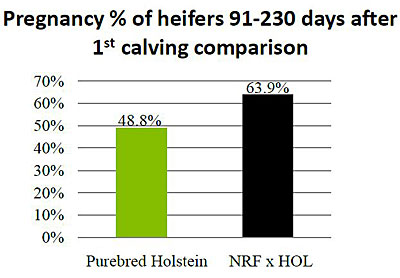 The first calving by NRF x HOL in China was in winter of 2011 in a farm in Shanghai. The farm had an average yield of 8580 kg, and for some special reason they inseminated their heifers only 11 months old.

According to the farm: 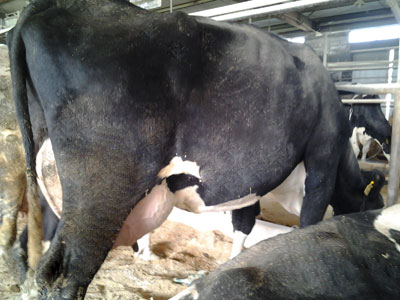 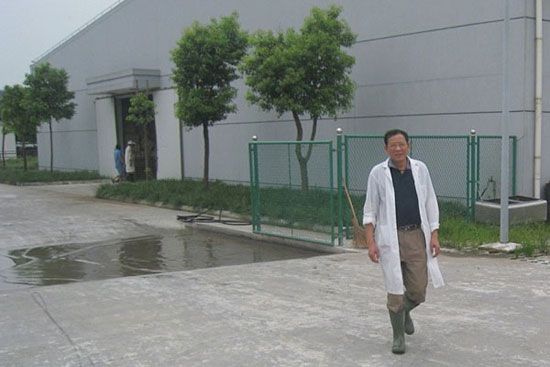 Mr. Xia, the president and owner of Shanghai Yinan Dairy Farm. The picture is taken on the farm.

This farm had 27 F1s and 52 purebred Holstein in control group. In their first lactation, the 305 days milk yield, fat and protein are: 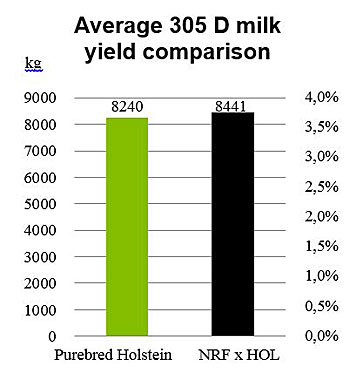 In 2012, the heifers were in their 1st lactation. Disease comparison of 60 heads of NRF x HOL and 960 heads of purebred herdmates who are in 90-230 days after first calving are: 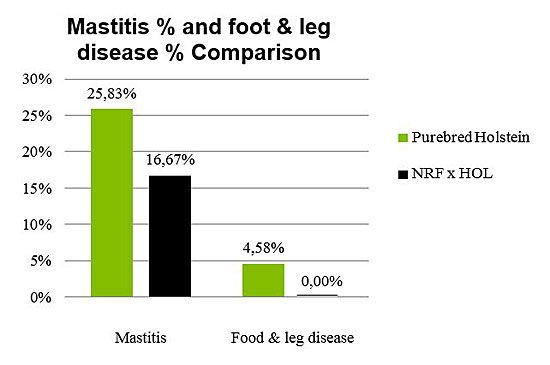 The statistics is based on disease frequency, regardless of whether it is same animal having it more than once. 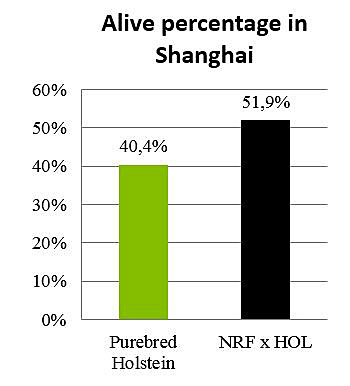 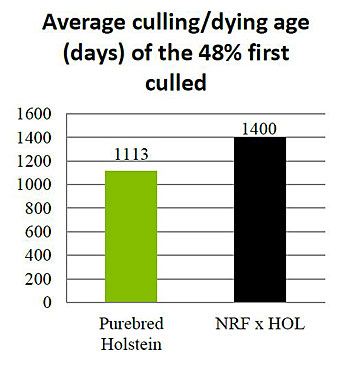 There is also nearly a double risk for purebred Holstein just to die on farm compared to NRF x HOL. The dead animals cannot be sold to slaughtery house, which means a higher loss for farm compared to animals culled by veterinary. 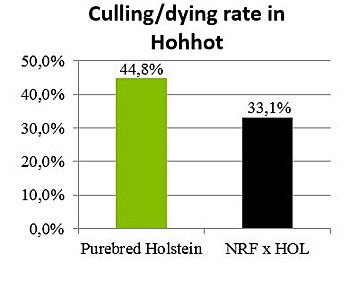 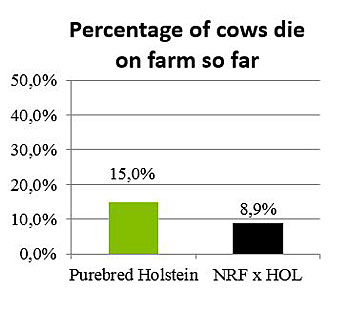 More details show the different causes for culling/dying. Independent of the culling/dying causes, Holsteins show significantly higher percentage (in total it is 44.8% compared to 33.1%). There are three purebred Holstein cows dead with no causes recorded, and they are categorized in "Blank". 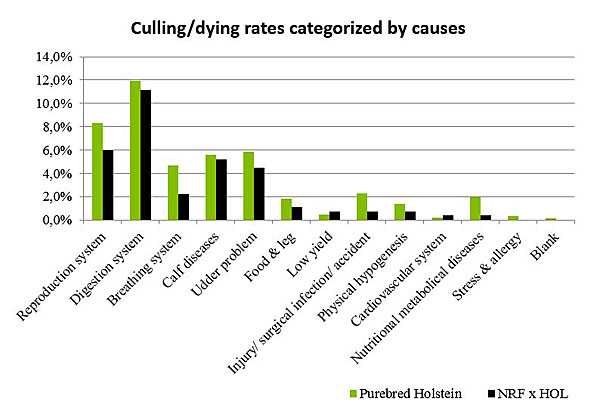 F1 (NRF x HOL) is much stronger regarding fertility, health and longevity (almost an extra lactation) compared with purebred Holstein, while the milk yield is about the same. Therefore, NRF x HOL makes more profit for the farm, and easier veterinary and reproduction work.